When the group that would eventually become the Mercy River Boys got their start, they were known simply as singers from the First Baptist Church in Tenaha, Texas. Original group members included Jack Christian (tenor), Dr. E.D. McKissack (lead singer and minister of music at the First Baptist Church), Joe Dan Womack (baritone) and James Christian (bass and brother of Jack) with Bettie Hairgrove (wife of Jack) playing piano. When McKissack moved away from the area, he was replaced by Wayne Christian (son of James).

As the group's popularity began to grow, they adopted a name for themselves that had dual meaning: The Singing Christians. The group would travel under this moniker for several years in the late 1970s. In 1979, the group name was changed once again, this time to the Mercy River Boys. The purpose of the name change was to reflect the group's distinct Country style. After three years traveling as the Mercy River Boys, the group dissolved in 1982.

The Singing Christians/Mercy River Boys recorded twelve albums for Word Records. Several of these recordings helped to set the stage for the emerging Country Gospel market.

Several former Singing Christians/Mercy River Boys members impacted the music industry beyond the scope of the group. Wayne Christian served as president of the Gospel Music Association during some of the early years of that organization. Starting in 1997, Christian served 16 consecutive years representing District 9 in the Texas House Of Representatives. Piano player Gary Goss went on to travel with Governor Jimmie Davis until Davis' death. Then in 1986, Goss became the music and tour director for Country music singer Johnny Rodriguez. John Mays traveled with the Speer Family after leaving the Mercy River Boys. He later served as head of Benson Music and Canaan Records. 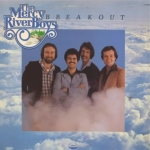 hi-res
1979 Breakout (Canaan Records/CAS-9851): Blow On Tempest; Steps; Safely In The Arms Of Jesus; You Needed Me; Shine On; Coming Back On Time; Breakout; More Of You; Mama's Sugar; Flat Top Martin Guitar.

All articles are the property of SGHistory.com and should not be copied, stored or reproduced by any means without the express written permission of the editors of SGHistory.com.
Wikipedia contributors, this particularly includes you. Please do not copy our work and present it as your own.